How To Understand Dance.

You Don’t Need To. You Can Experience It Instead.

Words are meant to be read, written, heard or spoken. We read thrilling novels and at-the-end-of-the-day-not-so-important Facebook feeds. We write love notes to our crushes and e-mails to our bosses. We listen to the latest and greatest podcast, or to our grandparents passing down life lessons. We speak in conversation with friends, or to voice our opinions in debates. Essentially, words form language which we use to understand and to be understood.

Western contemporary dance, however, is a particular type of language. It (usually) does not use words and this language may in fact not need to be understood at all. It can exist simply to be experienced. What is an experience, then? How do we describe it, how do we shape it, how do we share it with others? How are understanding and experiencing different?

Merel Heering and I met years ago when we collaborated with Loïc Perela at Dansateliers in Rotterdam. Since then, I have had the pleasure of working with her and sharing many inspiring and thought provoking conversations both on and off the work floor. When we sat down in the studio for this interview, Merel shared her views on dance as a language and let me into her world of programming experiences/contemporary dance performances at the Jonge Harten festival in Groningen, the Netherlands. When she’s not a programmer*, she is working as a kick-ass dramaturge with coaching and mentoring gigs around the globe. 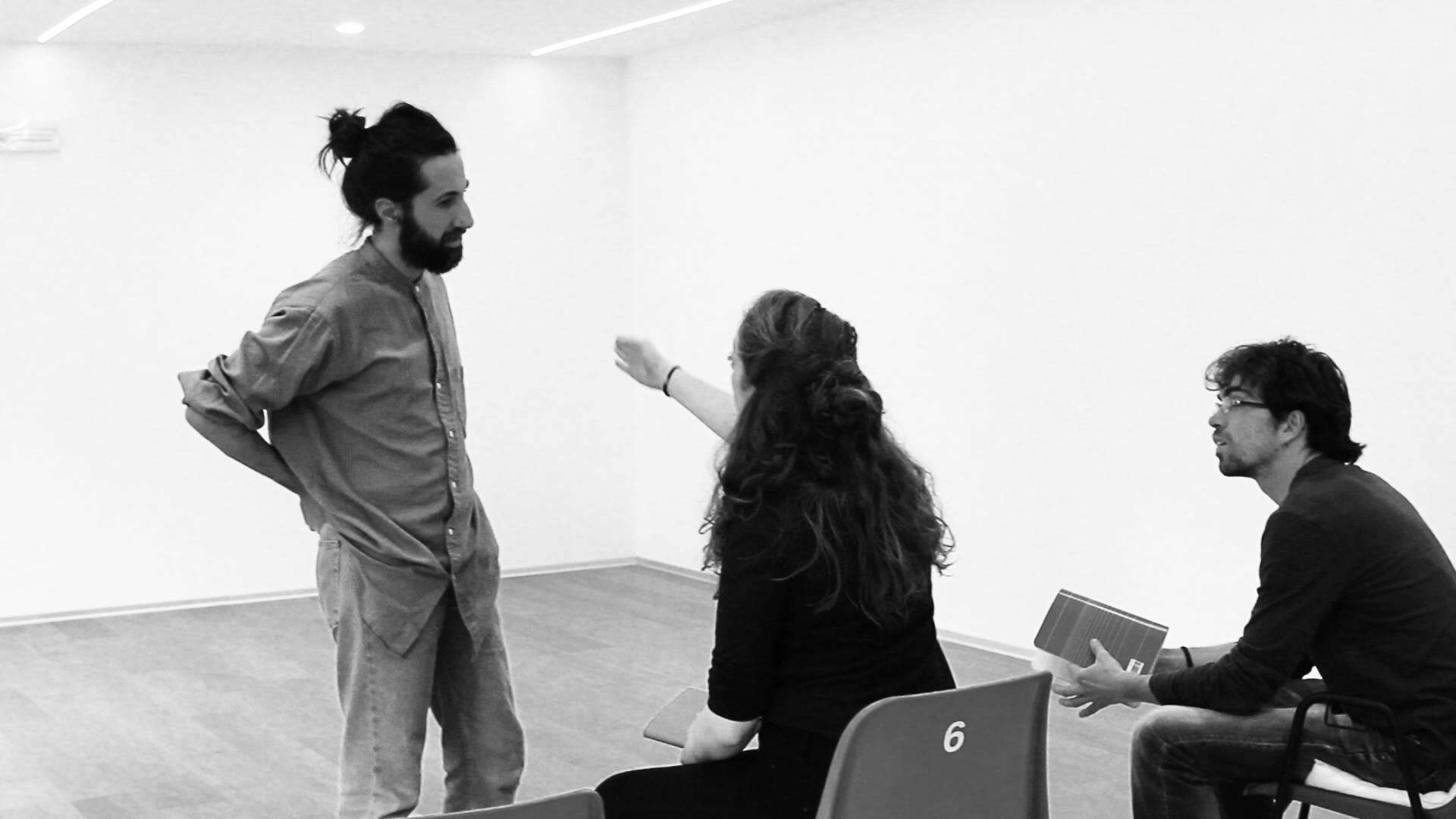 Christina: This question always intrigues me, how do you as a programmer “get bums in seats”?

Merel: I think that these days it is crucial for the industry to re-think their approach and relationship to their audience. For me it is really important to make the distinction between ‘how to get people in to the theatre?’ and ‘where do we go to meet our audience?’. ‘How do we get people in’ has the presumption that we are the holders of the space and have the power to let people in [or not]. I prefer to think of ‘where to meet our audience’, which then sets everything off on equal footing. It presumes a pro-active attitude from the theatre professional’s point of view to create encounter. We have to do this, as we have to win back audiences, especially young audiences, which is the desired audience of Jonge Harten.

C: So, how do you win back audiences?

M: I am still researching this in terms of programming. When it comes to inviting first-time audiences to dance performances, I think that people really appreciate seeing identifiable skill. Dance can be difficult to watch. Especially for those who are not seasoned dance-goers. Skill doesn’t necessarily mean very technical or acrobatic performances. It can also be when a dancer repeats a very simple movement over a long period of time, or when something is performed in extreme slow motion. But when there is obvious skill those are usually the kind of works I use to introduce them to contemporary dance.

Another thing I do is to actively invite people to experience a dance or a contemporary theatre/performance work rather than making them feel that they immediately need to understand it. Experiencing means actively allowing your body to use its sensations to view the work, and not trying to give a rational meaning to something. This is something different for people who are used to watching theatre or for people with knowledge of ‘the theatre tradition’, where it is often still a lot about understanding a work.

C: Can you give us a bit of insight into how you choose a work?

M: I need to see the work in its full and complete state before I program it. Not because I’m a control freak, but because I am also responsible for the whole evening experience for the audience. I want to have a direct, open and honest relationship with the makers and enter into dialogue with all of them. I also stress the importance of the artists’ involvement not only in presenting their work, but also meeting the audience. It is important for me that they come in contact with their audience for a moment of exchange. And what is really important is that we are not trying to sell one performance, but we are rather trying to welcome people to the theatre and the festival experience in general.

After having worked in the dance world for quite some time, I think it is safe to say that the performances choreographers create are somewhat like their children. They need to be treated with care, respect and given a place that can let them fully shine. The role of the programmer is to make sure this happens. Imagine handing your baby over to someone to do all of that?! Trust in both parties is what makes this situation work. What about the relationship between the programmer and the audience? This too requires a great deal of trust. Trust that the programmer has chosen works which can excite, challenge and inspire the audience. Hopefully in such a way that their bums fill those seats again.

C: Can you share some past experiences that you have learned from?

M: In the first festival where I worked at as a programmer, I was very busy with the selection of the works and making sure that they were challenging and provoking. The program was very well received within the professional community, but we had some difficulties with the general public. It made me realize how important it is to sometimes separate your own professional interest and tap into for example – what somebody would want to see after a day’s work. Not to make it too easy, or ‘accessible’ – a word that a lot of professionals hate these days. But rather to be in touch with what it is that the audience is interested in as well and how we can encourage a discussion and an extension of that interest.

C: You now work for the Jonge Harten festival, can you give us an idea about what they are all about?

M: Jonge Harten is a festival in the north of the Netherlands, in Groningen, which is the region I’m originally from. Among our relatively young audience (between 12-29), there is a lot of ‘first time’ audience members. We actively try to win them over by surprising and challenging them with interesting work. Our team is really young as well, so we do not only focus on talent development as an external construct, but it is who we are as an organization as well. This also means that the artists we present and the audience we hope to reach are more or less from the same generation. The atmosphere of the festival is very open, transparent and easy going for artists, audiences and team alike. We are all very ambitious and eager as well. What I also enjoy very much, is that Jonge Harten really wants to be a part of what’s shaping the city. 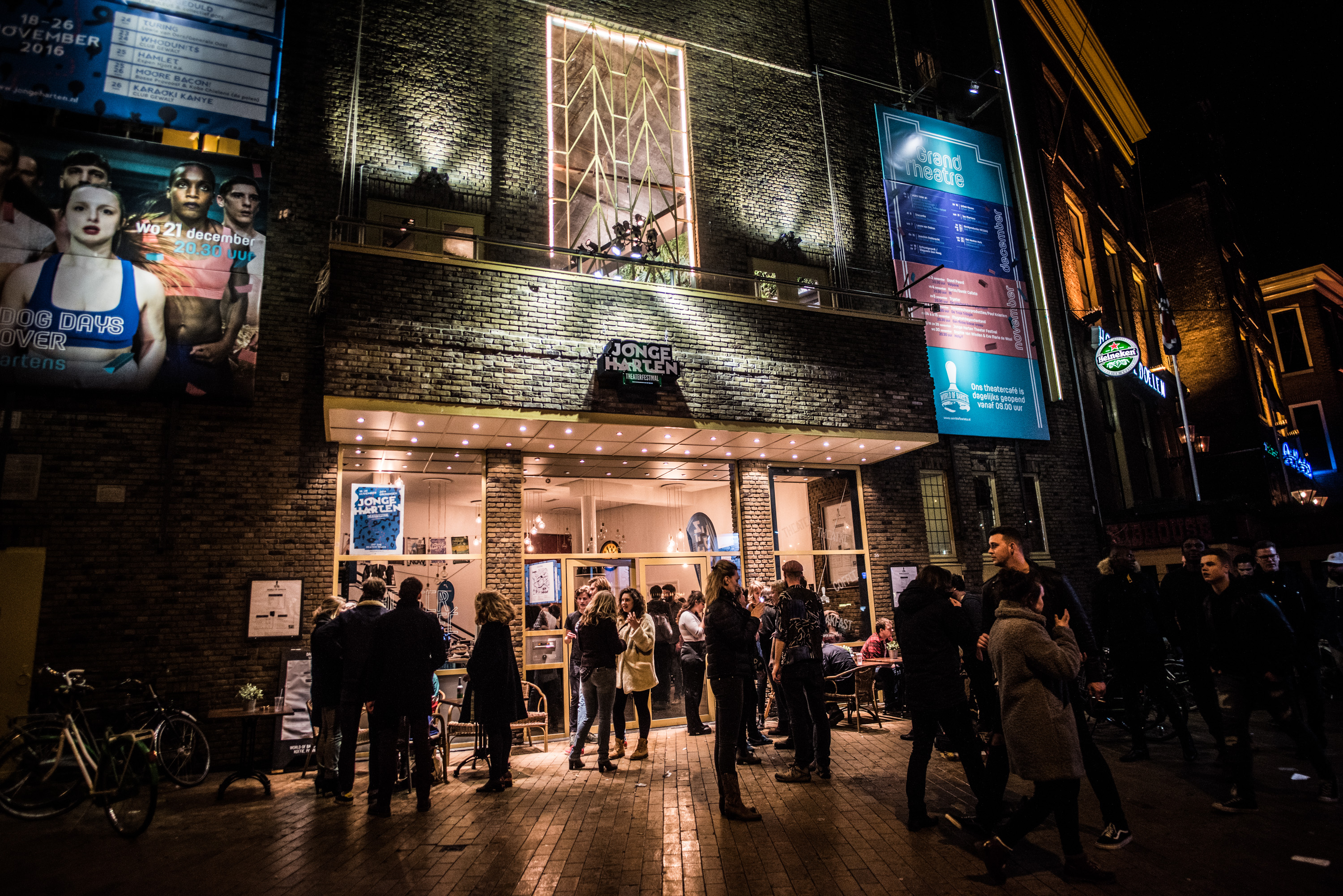 C: You also work extensively as a dramaturge. How does your work as a programmer and a dramaturge relate?

M: Dramaturgy is about defining what the essence of the work is, and throughout the creative process to make sure that we (the creative team), stay on track with what we want to communicate with the audience. I think programming is very similar in  that we ask ourselves questions like: What it is we want to communicate and how do we do that? What kind of atmosphere or situation do we want to create? Both programming and dramaturgy are not about me liking a work, it is really about creating a specific experience for the audience. So, up until now I find a lot of links between the two. Having said that, I do I still have to find my programming style for, in this case, Jonge Harten. I want to give the audience an experience that will make them want to come back, but not make it ‘too easy’ and to honour the makers I am interested in. As a dramaturge, choosing which work I want to support and collaborate with is in that sense easier, as I am more used to defining my artistic practice as a dramaturge. As a programmer I am still fresh and new and in the middle of defining this.

While Merel Heering might still feel fresh in the role of a programmer, her ideas and approach to her work demonstrate her belief in the importance of trust. Trust that the language of dance can be complex but that you as an audience member don’t have to “get it”. Trust in the relationship between choreographers and programmers. And, trust in the relationship between programmers and audiences. Want to talk with Merel more about this and don’t have the chance to meet her somewhere on this globe between her gigs? If you happen to be in the area, she will be at the Jongen Harten festival which runs from November 17-25, 2017 in Groningen, NL.

* In the various countries I have visited I have heard people use the term presenter, programmer and curator to mean a person in charge of putting together a program of artistic work for the purpose of presenting it to the public. In these articles I take the liberty to use the terms programmer, presenter and curator interchangeably. Shoot me a note if you think I should do otherwise; I’m happy to discuss this (I’m a bit of a nerd when it comes to terminology in the arts world)!