While in Toronto last winter, Amanda Acorn and I met so she could fill me in on what the dance scene in Toronto is like – more than 8 years after I left (yikes, it’s really been that long?!). She wears many hats in the Toronto dance scene, from choreographer to dancer and from initiator to teacher. In short – Amanda knows her shit and makes cool things happen. While Toronto is her stomping ground, the rest of the world is her inspiration. This makes her a great person to give me a temperature reading of the scene.

From what I gathered, it turns out that Toronto can be the perfect metaphor for their contemporary dance scene. The city’s distinct and beautiful neighbourhoods, from Greek Town to Little India, are all proud of their own identity within the bigger picture of Toronto. The city wouldn’t be as unique as it is without each special part. The many different and distinct dance communities hold tightly on to their identity but all call Toronto their home. But I was curious to know if the borders of these communities are drawn with a solid line or is there room for cross-pollination? 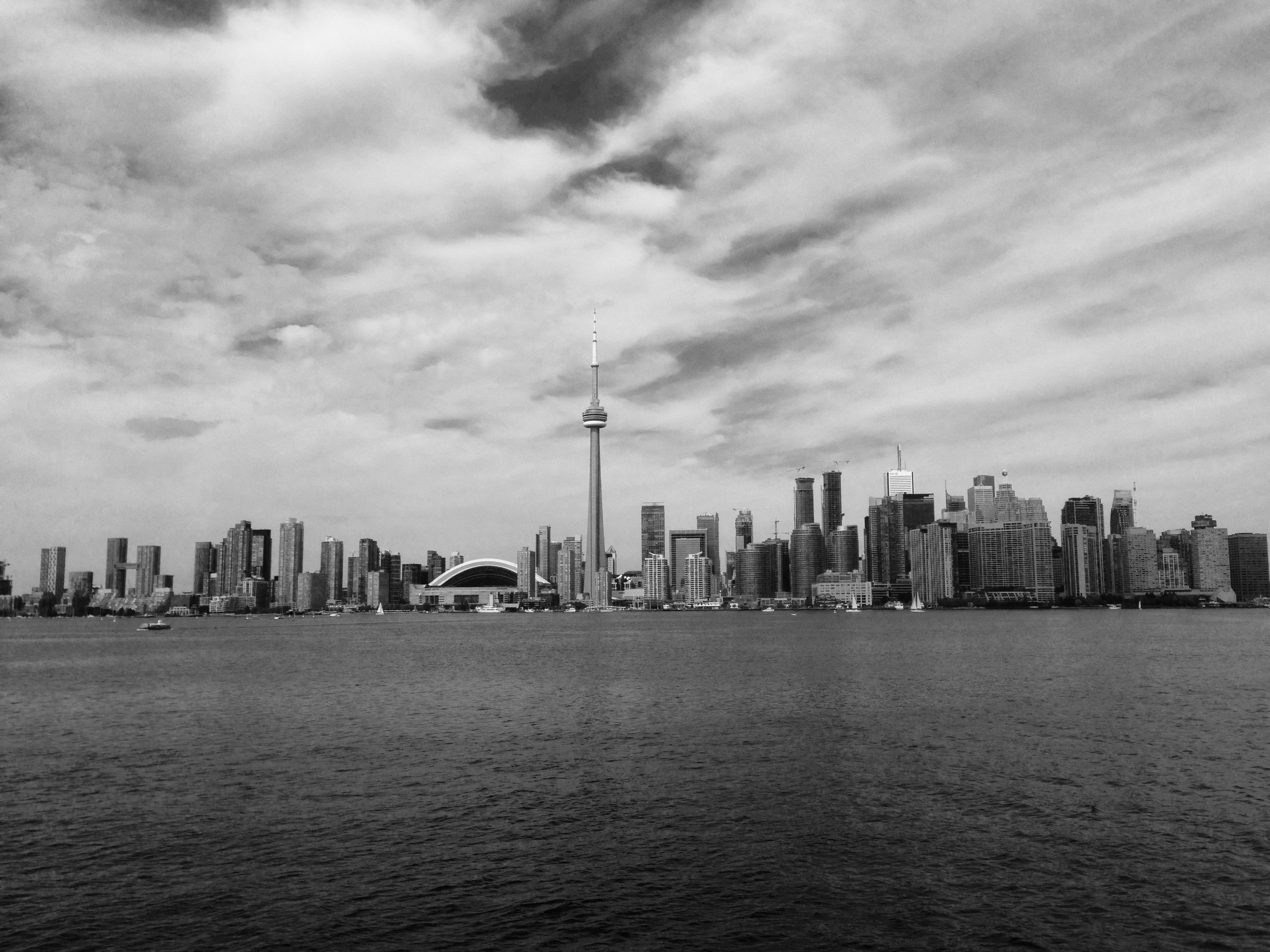 A little snippet of our chat

Christina: What would you describe as the strengths of the Toronto dance community, what makes it unique?

Amanda: In Toronto, there is a strong sense of community. I feel very supported by the people and colleagues I work with. However, the communities have kind of ‘silo-ed’ – the groups stay in their own groups. There is also a lot of determination and a DIY mentality. And on a small scale, some really beautiful things can come out of this way of working.

C: Can you give an example of a successful DIY situation that you were a part of?

A: My show multiform(s) was presented at Summerworks, a festival that depends on self-producing artists – there is currently a lot of discussion going on about self-producing by the way! I personally invested a lot in multiform(s). I developed it from a solo I previously made, kept the costs very low and split the box office earnings with the crew. The show got picked up and was presented (and we all got paid!) at Festival TransAmérique, Yay! 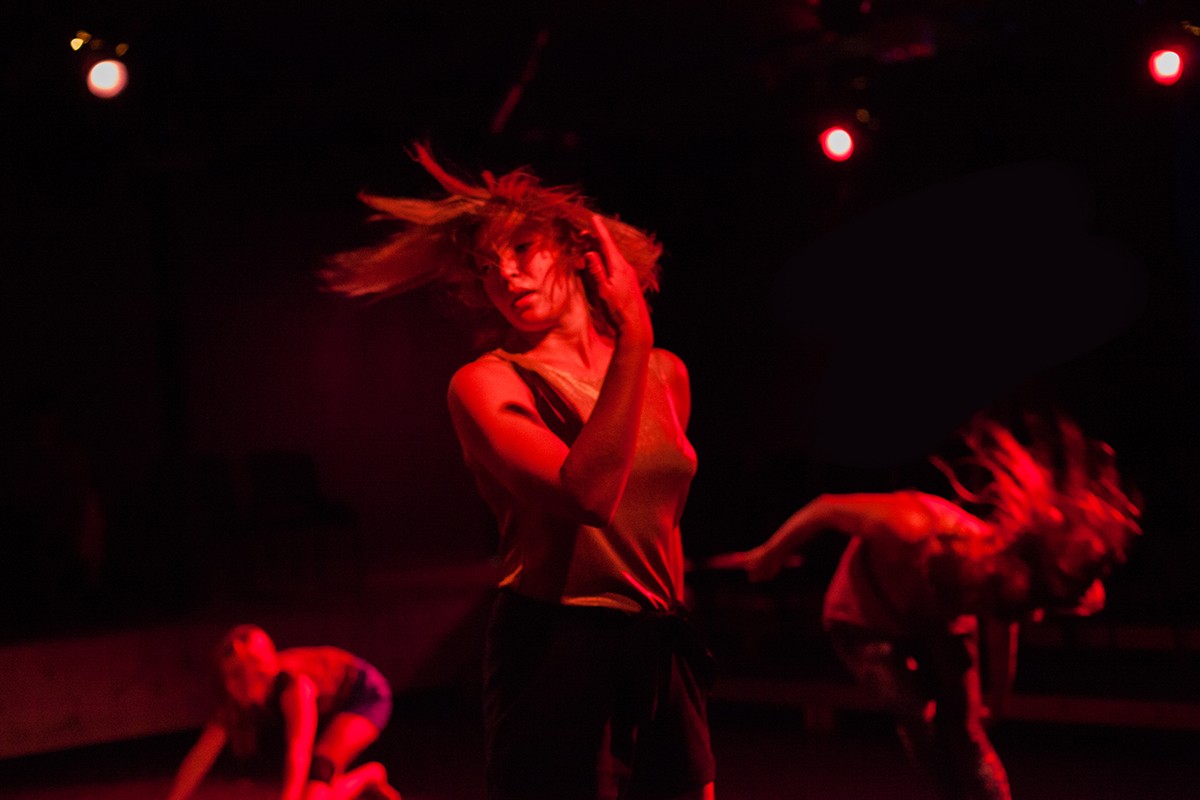 C: Not to be a negative Nancy or anything, but are there dangers of the DIY method and self-producing?

A: Yes, for sure. But in Toronto it comes from a necessity. There are very little resources here. Here, there are festivals and presenters that are built on the backs of artists, and artists are starting to get fed up with that. In terms of content, I think this method promotes a short-term mentality. You hustle your ass to get the funds any way you can, but because the funds are limited, you don’t have a long enough creation period. To produce quality work I personally think a longer gestation period can be very beneficial.

This got me thinking…

If a large portion of the work being produced in a dance scene is self-produced, I believe that there is a risk of fragmentation. This has consequences on many levels. Not only can fragmentation weaken a sense of solidarity, but with the limited resources that come with self-producing, marketing for performances can become quite ad-hoc. In principle there is in nothing wrong with this. Until it becomes difficult for the general public to find out about the great things happening in the scene. Toronto, as Canada’s largest city with a shit ton of dance stuff going on, should be able to clearly communicate to its public what’s going on and why they should care! For me the expression “you are only as strong as the weakest link” needs to be taken seriously.

C: Can you tell me how a dance artist “grows up” in Toronto?

A: Here, there are a lot of programs that train technicality more than what it means to be an artist. I don’t relate with that. I mean, what does learning how to do a penché have to do with what I want to say as an artist!? Basically, dance schools in Toronto are good at making really good athletes. Do they make artists? I’m not so sure. This mentality is dated and doesn’t relate to what other scenes around the world are doing, making it insular.

Again, this got me thinking…

The difference is of course that paint doesn’t have a brain and a soul. Ok, so there are many more differences, but for the sake of simplicity – you get my point. High quality paint doesn’t necessarily make for world-class paintings. The same goes for dance.

C: Where are the opportunities then? What can the Toronto dance scene benefit from? What should we get excited about?

A: I think that there can be a lot more collaboration, partnerships and co-producing. It just makes sense that if the resources are limited that you come together. Also, we could benefit from more open communication about the work that is being produced locally, to exchange thoughts and ideas. And we could benefit from presenters who are willing to take risks. Presenters who work with artists, taking the context of the artwork into consideration. To give you an idea, sometimes a big chuck of my time as a maker is dealing with the problems and obstacles of the theatre space/setting as opposed to the actual choreography and message I want to communicate.

And a showcase that presents work to international presenters would be also be great!

C: On that note, how is Toronto connected to the international scene?

A: Unfortunately there are very few artists who tour internationally and so there are very little resources and help for those with that ambition. We are a bit in our own bubble in Toronto. Having said that, the local community also needs to feel supported and well represented in combination with international productions that come into the city.